The effects of weight loss surgery have been extensively researched following the success of these interventions in reducing weight. This has led to discovery of changes in gut hormones which influence appetite and hunger cravings. Apart from the physical barrier which these interventions create to stop individuals from eating large amounts, the changes in these hormones have also contributed to the weight loss effect by reducing appetite. The hormones involved include Ghrelin, GLP-1 and PYY. It has been thought that bypass had a greater weight loss effect than an intervention such as a gastric band due to exclusion of a large part of the stomach which secretes an appetite stimulant and diverting food quickly to reach a part of the bowel responsible for creating a early sense of fullness. This has now been confirmed by a study which looked at the activity in certain areas of the brain, believed to be the reward areas, in response to food in patients who have had bypass, a band and a normal control group who did not have surgery.

Patients who had gastric bypass had less activity in the brain’s reward regions when shown pictures of food compared with those who had gastric banding.
The researchers concluded that “the identification of these differences in food hedonic responses as a result of altered gut anatomy/physiology provides a novel explanation for the more favourable long-term weight loss seen after RYGB than after BAND surgery, highlighting the importance of the gut–brain axis in the control of reward-based eating behaviour.” 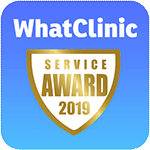 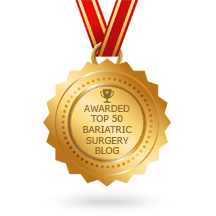